Fox Valley Girls Coding Club will meet for the 2017-18 school year on Friday evenings from 5:45 p.m.-7:45 p.m. at 25N Coworking on River Street in downtown Geneva.  This year’s coding projects include web and mobile projects and perhaps some work with IoT.  FVGCC is open to all girls, ages 14-18.  Limited spaces are available so please sign up now!  Contact us at fvgcc12@gmail.com. 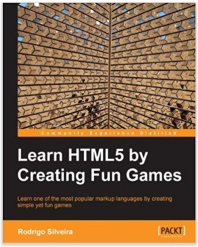 Web (October – December 2017): We will use Cloud9 online IDE (integrated development environment), GitHub and GitHubPages to build HTML5, CSS3 and JavaScript websites. All of the girls will also have a subdomain on which they can deploy websites. This year we will be building web-based games based on the examples in Learn HTML5 by Creating Fun Games by Rodrigo Silveira.

Mobile: We are looking at Thunkable for iOS and Android mobile app development. Right now, they only support Android, but they are collecting names of users who would like to be beta testers for their iOS version! As a backup, we can use React Native. If we go with React Native, we may use the book React Native Quickly by Azat Mardan.

3D: We are considering using the Unity Game Engine to get our feet wet and then we can consider future projects, which may involve deploying games to the Microsoft Hololens.

Gadget Month (April 2018): Awesome Shield has a pretty cool Arduino based hardware shield that can be used with their Ardiuno library in Adruino Studio. This might be a good stepping stone to more advanced bread-boarding with Arduino and Arduino Studio if the girls want to go in that direction! In the past, the girls have also used Makey Makeys to play the games they have built. We could take those to the next level and use some of the more advanced keyboard features. Robin also has a Hololens, Ozobot, Rasberry Pis to play with! Also, we can design models for 3D Printing using TinkerCad.

View all posts by Robin

This site uses Akismet to reduce spam. Learn how your comment data is processed.

Sticker Mule is one of our favorite places on the web. No Joke!

Please check the agenda blog post of a meeting for the meeting place.